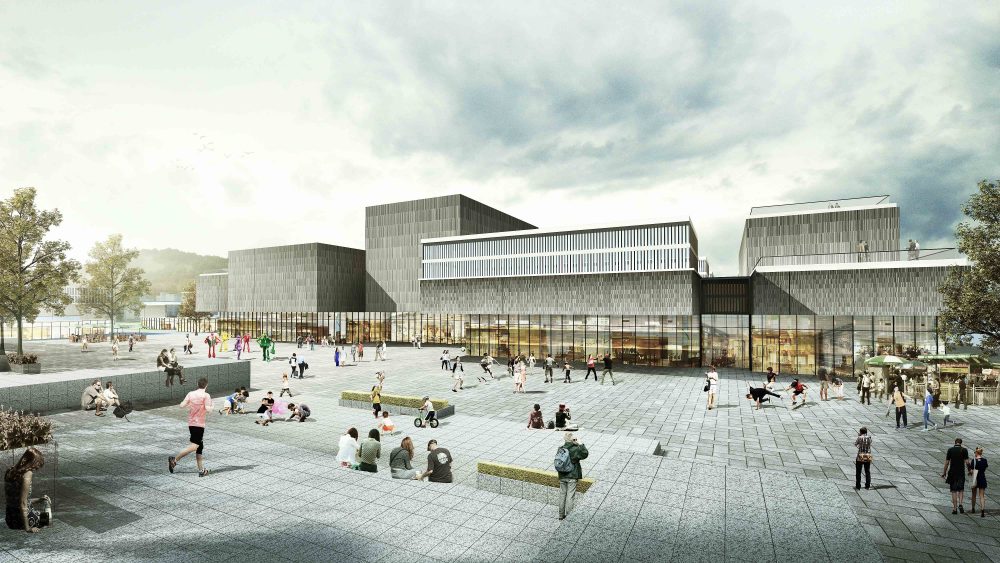 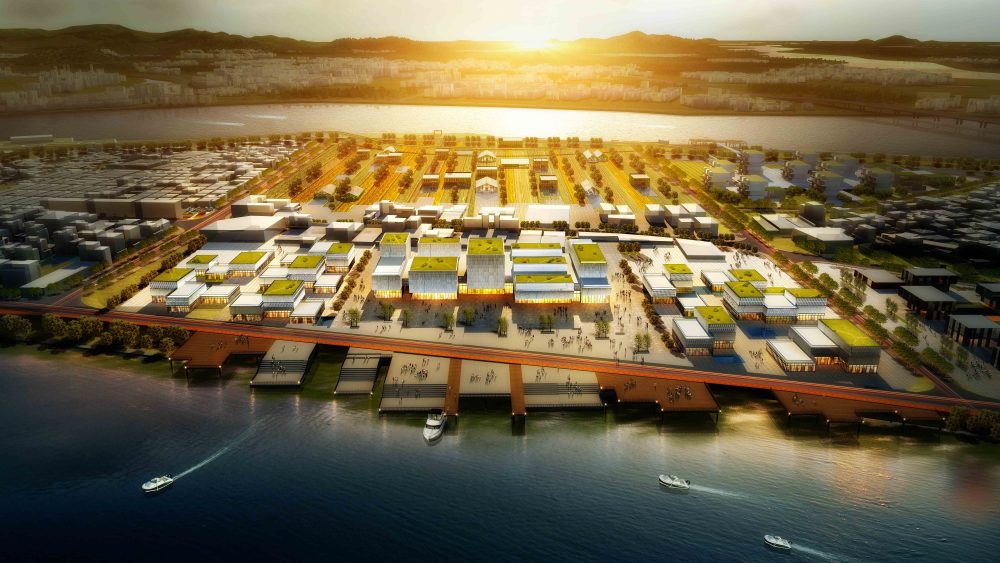 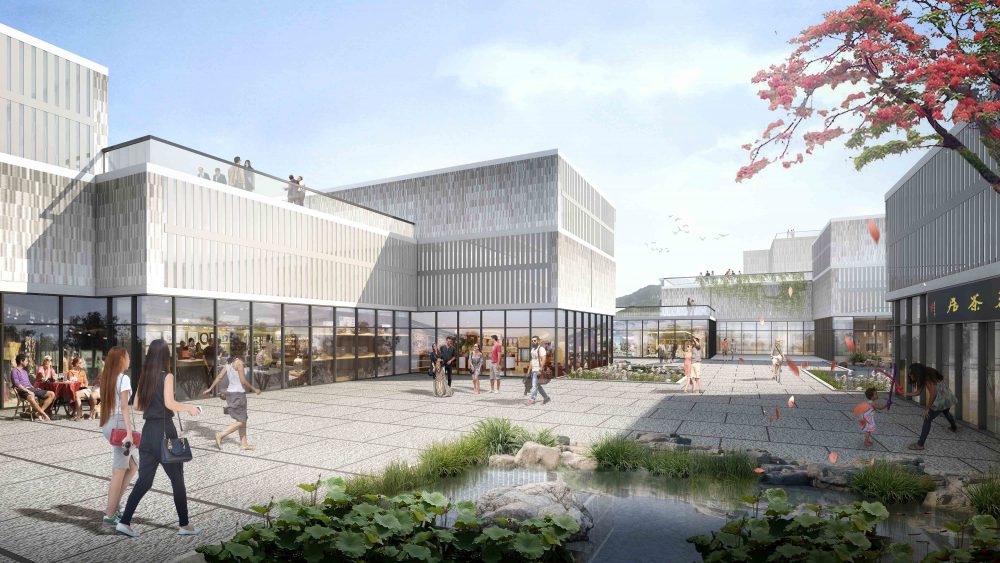 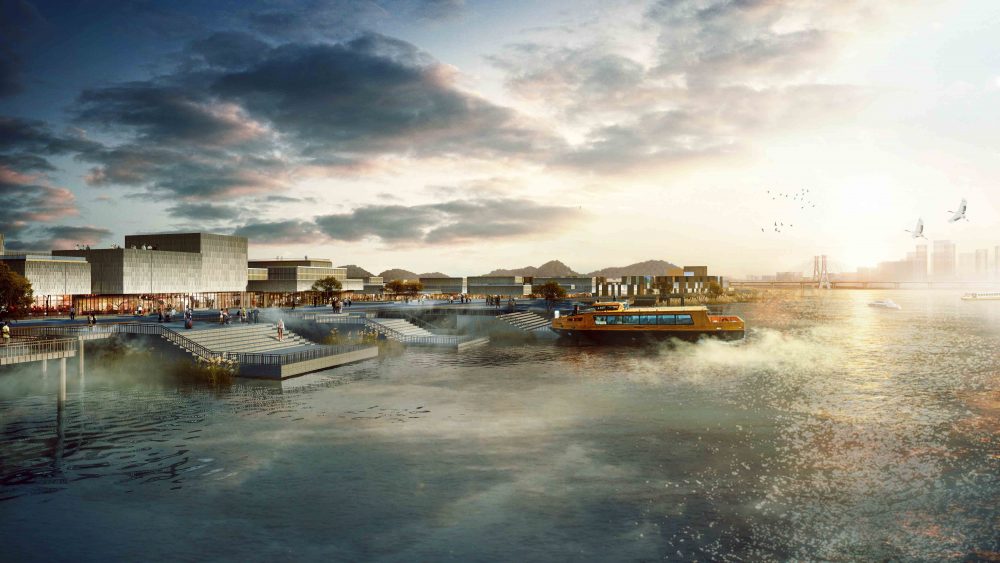 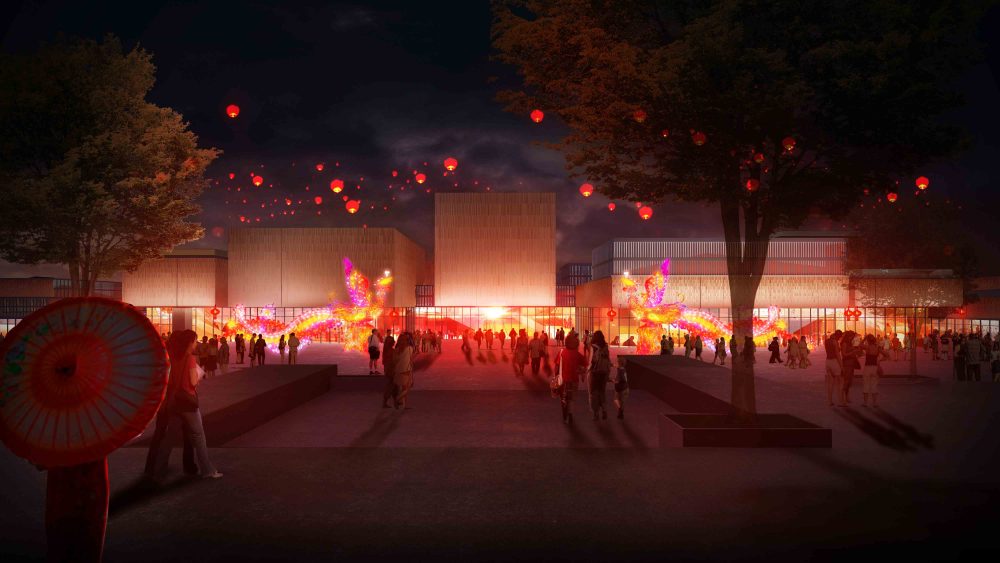 Xianzhou Cultural Center is a building complex which could be a forum for culture, business, innovation and tourism. It would be composed of the creative incubation neighborhoods, a hotel, exhibition space, exhibition market (for local produce and products), conference and meeting space and restaurants (serving local, organic food). 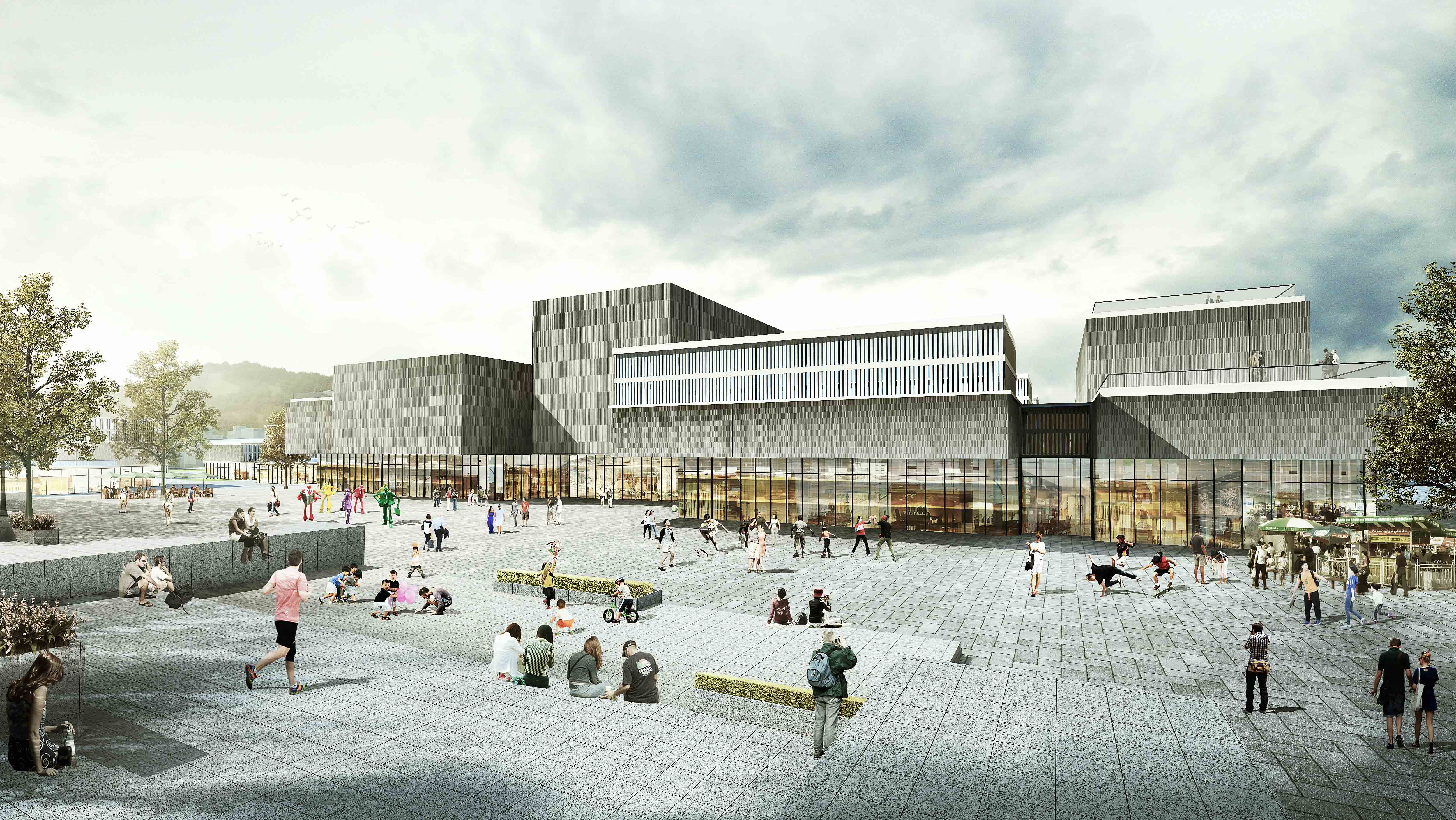 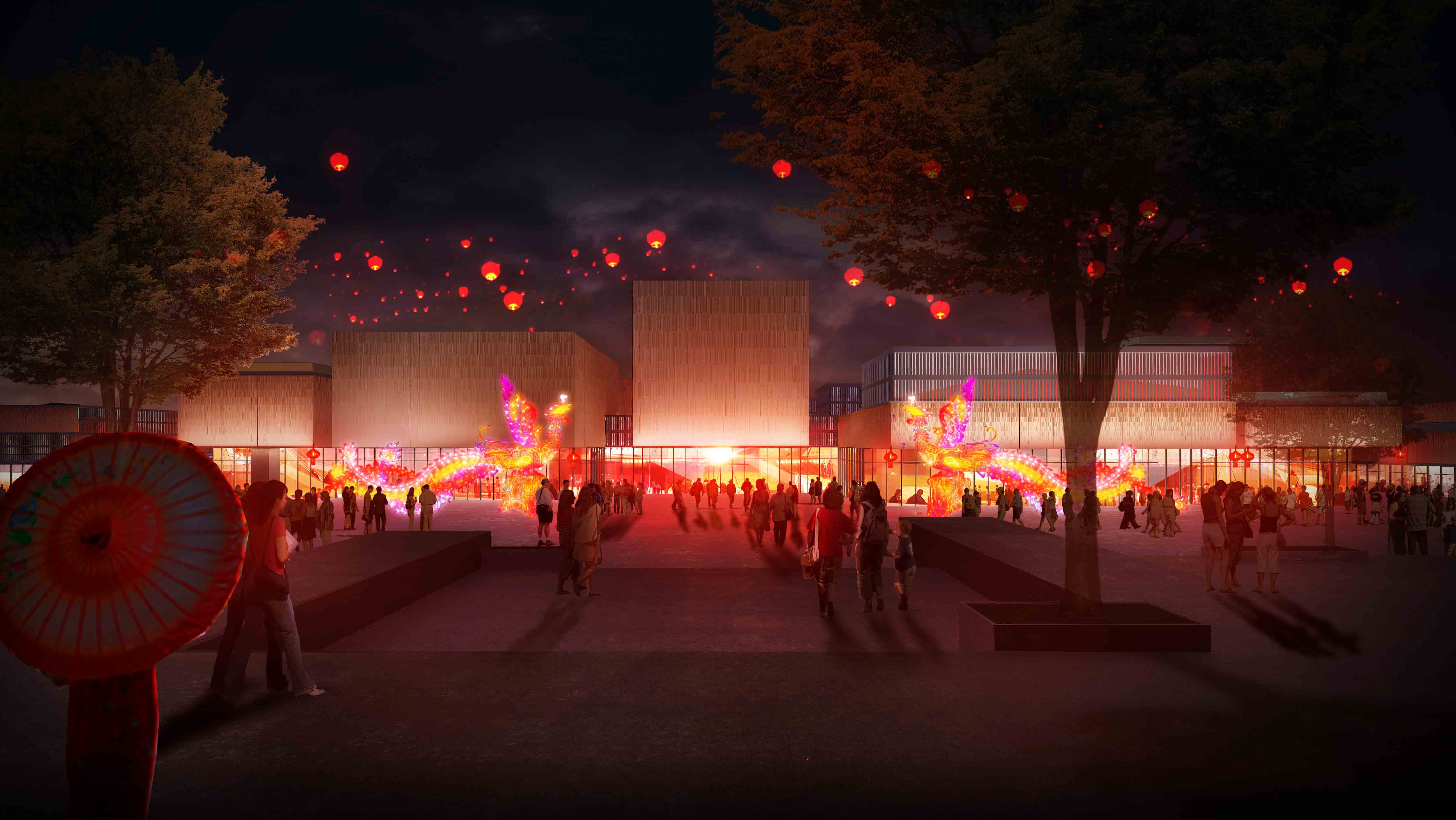 Xianzhou Cultural Center is the core of Xianzhou island, which as a landmark building, providing the setting for public activities, cultural exchanges, small conferences and folk custom exhibitions etc. It is to serve the local residents in Chaozhou, to act as the meeting place of Chaozhou public culture, and to connect with the Chaozhou city center and the eastern new town. 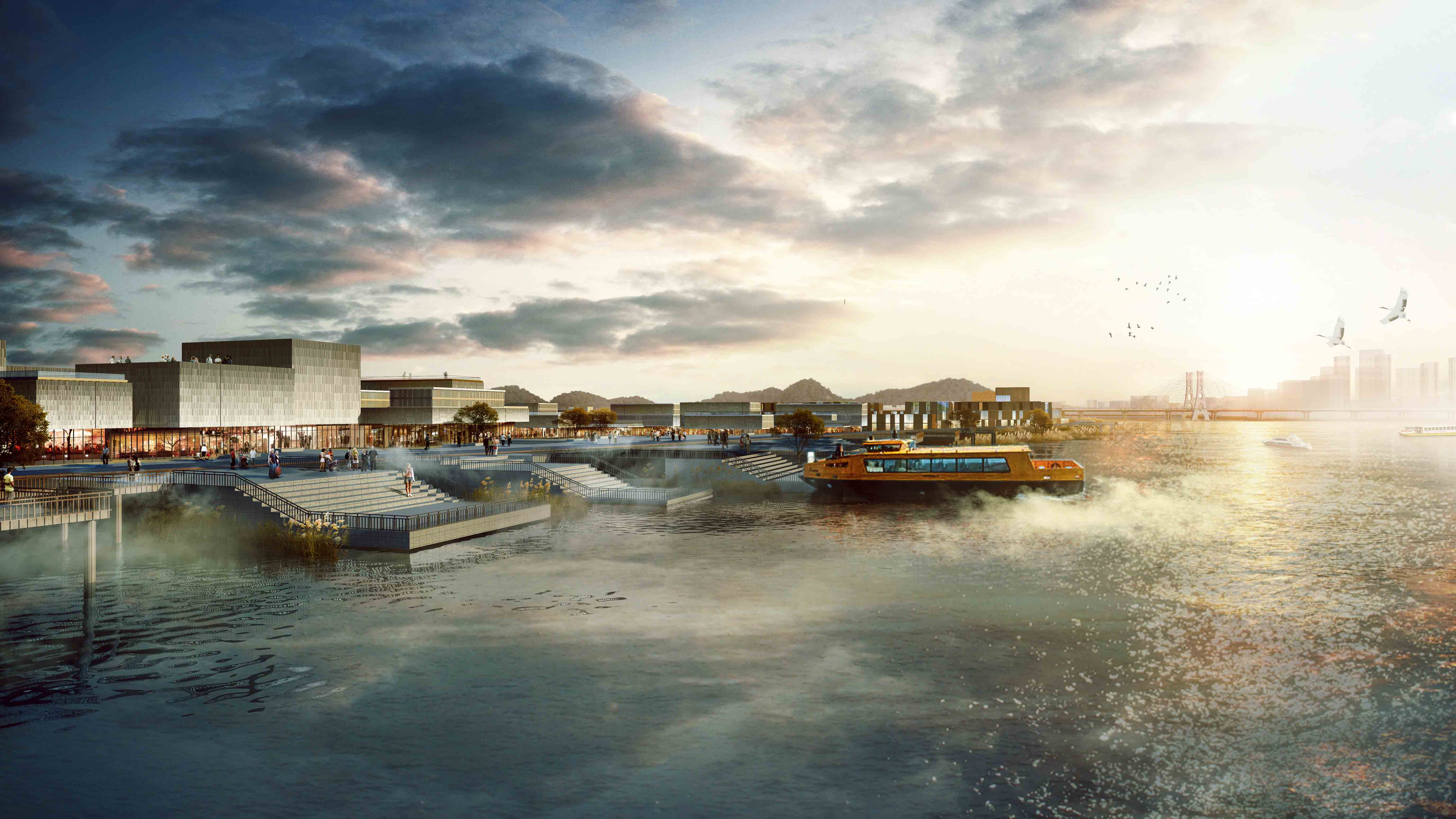 The creative incubation neighborhoods would be a development of offices, studios and workshops for innovation-based companies. There would be a focus on start-ups, with incubation space. There could also be ‘researcher housing’ or SOHO (live/work) apartments for employees and entrepreneurs to live in. 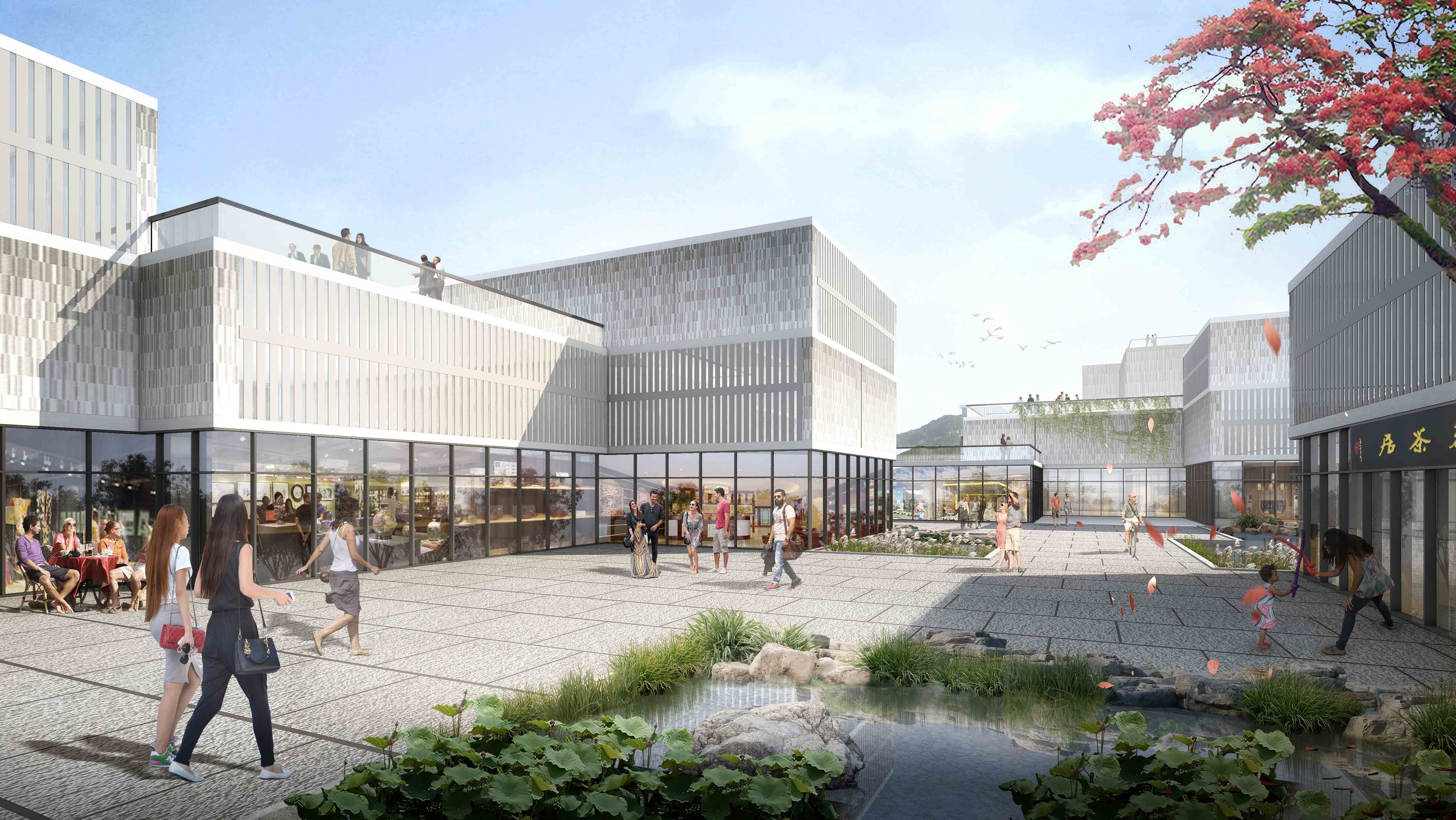 The form of the buildings re-interpret the layout of traditional Chaozhou architecture and the grid from the farmland texture. Along with the New World of Chaozhou, it shapes the riverside skyline. Xianzhou Cultural Center highlights the cultural atmosphere in the style of the style. Through the elegant light-colored stone facade, it highlights the volume and shape of the building, and at the same time cooperates with the underlying transparent glass to form a light and morphological effect. 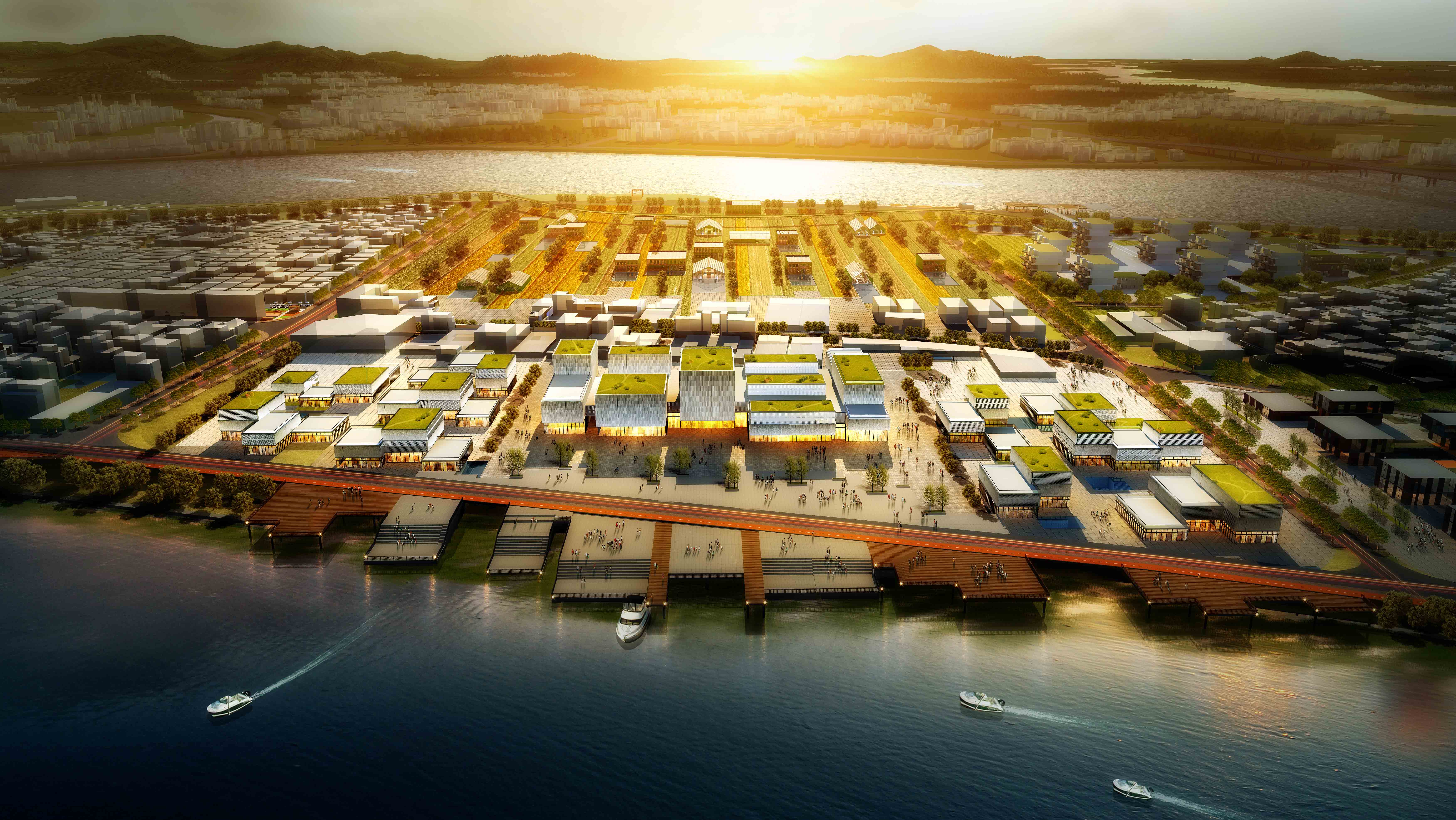 The creative incubation neighborhoods will make full use of the original factory site, first to dismantle the warehouse workshop without historical and spatial value, to free up new buildings and public open spaces. Second, the reconstruction of the retained building and the adaptation of the reuse. The material of the facade will be consistent with the new building. After the renovation, the originally closed factory building became an open block. The scale of every open spaces of neighborhoods continues the axis system of Xianzhou Cultural Center, maintaining the unity of the surrounding texture.

Every building in Xianzhou Cultural Center applies the green roof, it will be lower the costs of energy consumption.