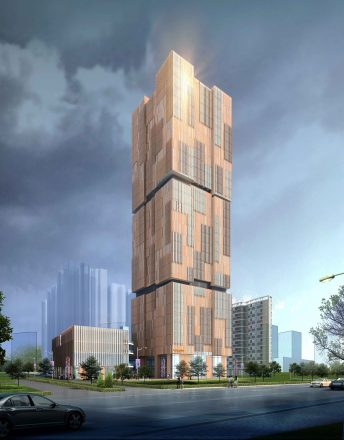 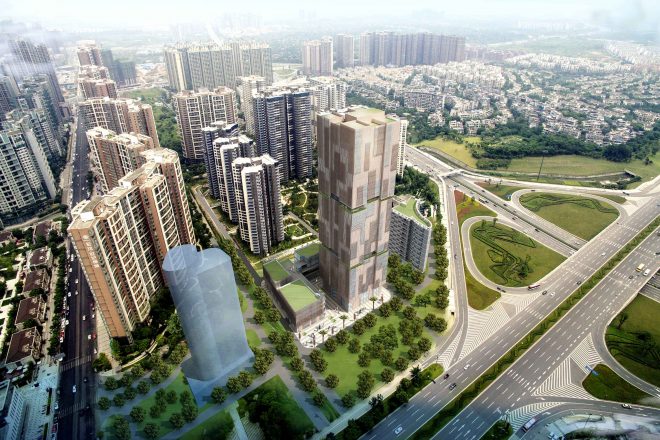 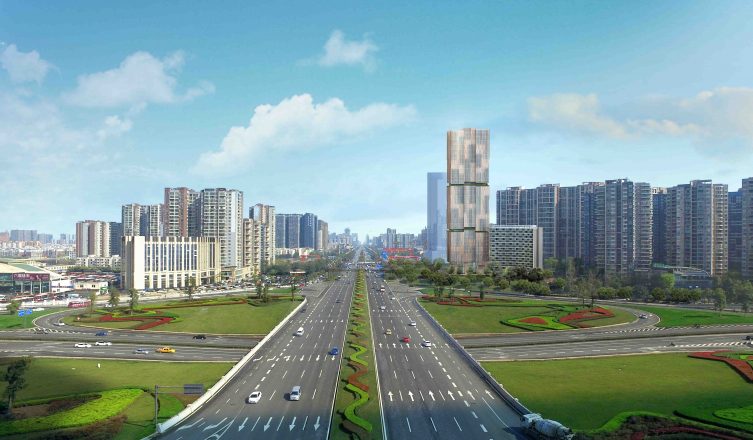 The design of the high rise reflects its landmark value as a gateway to the south of Chengdu and High-Tech Zone District. The design creates a light architectural expression through the reinterpretation of the tower’s volume. We achieve this landmark value by using the facade materials associated with the high-tech image and integrating sustainable concept elements. 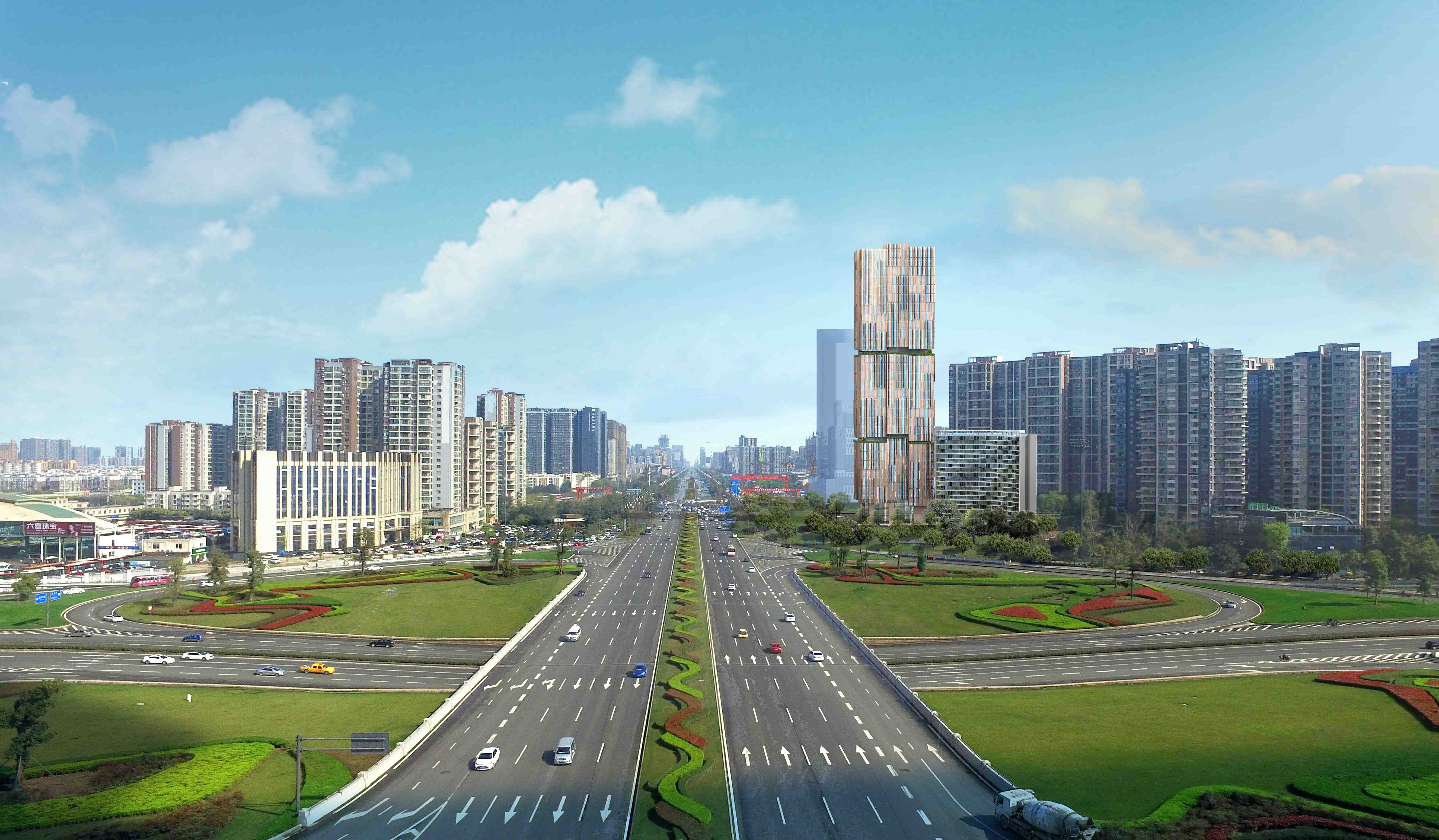 The facade of the building is designed to be misplaced through different depths, and the entire high rise is reconstructed like many small volumes. The high rise is further divided into three sections according to refuge floor height, creating a lively and interesting expression for the entire facade, thus avoiding a single, uninteresting facade. 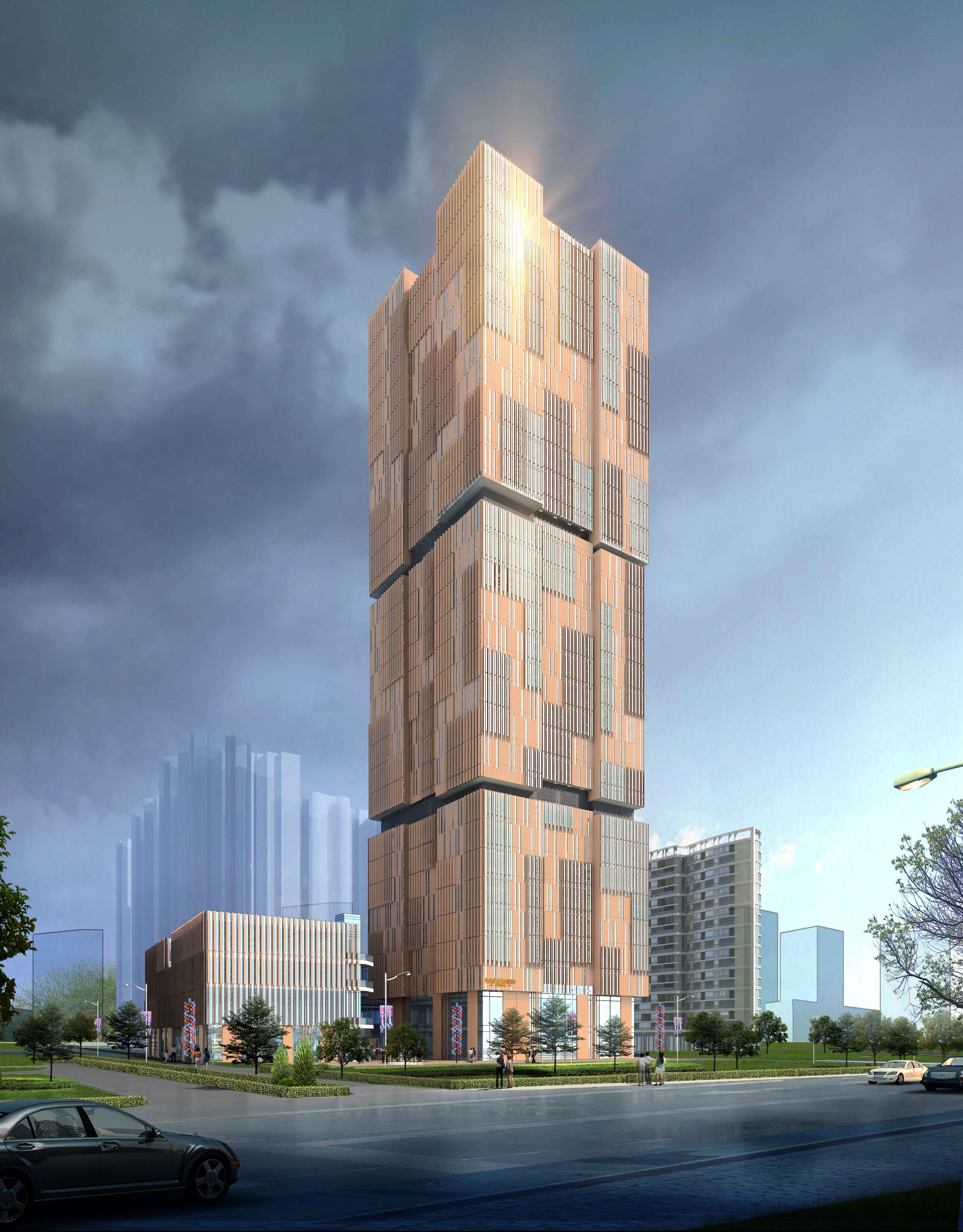 Each small block on the facade of the building creates a feeling of lightness, further avoiding the typical, heavy, dull skyscraper model through the displacement of the mass and the expression of the material.

The choice of anti-oxidation copper plate on the building facade gives the building a modern expression that fits the node location in High-Tech Zone District and the image of modern city. 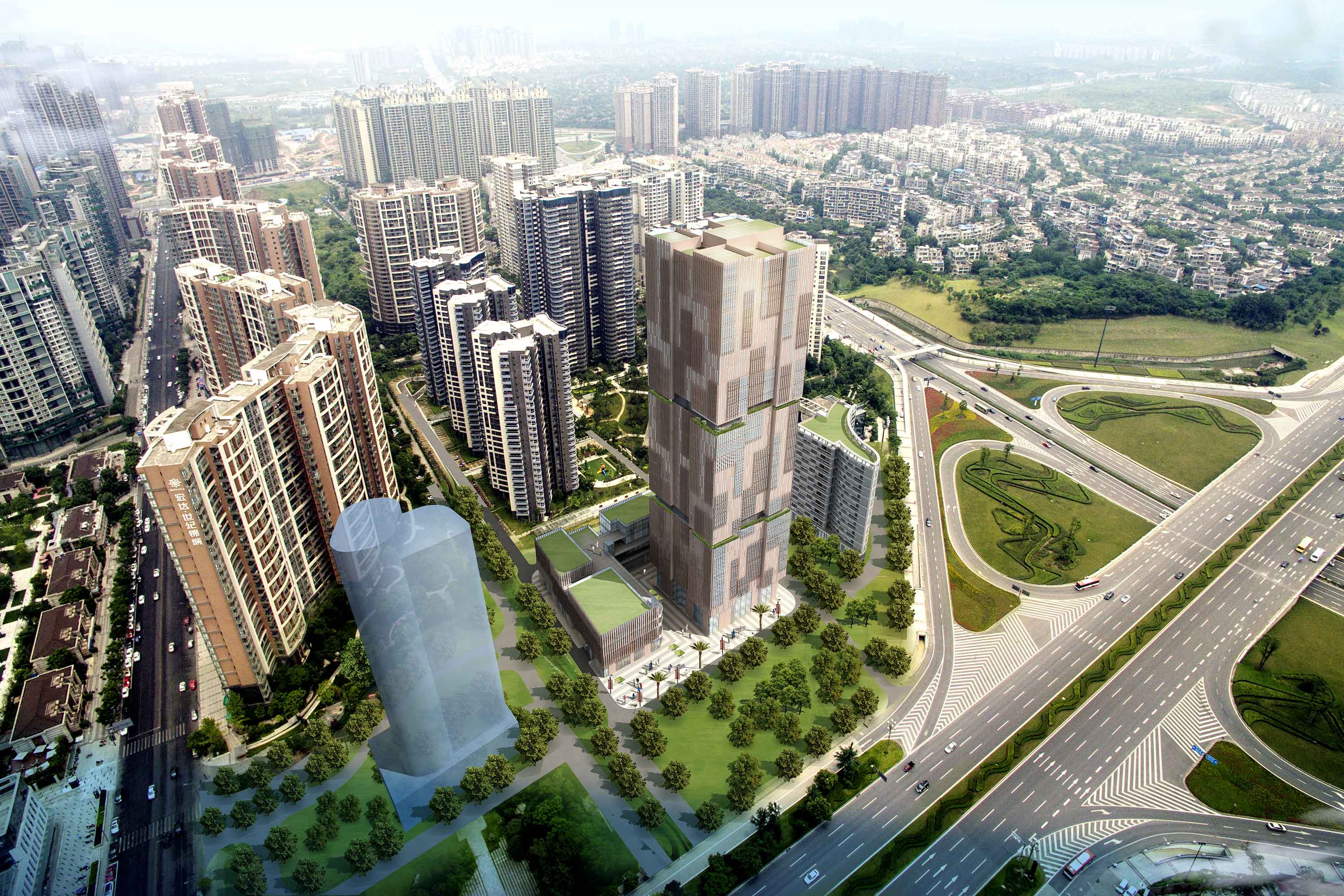 At the same time, the copper plate can also be used as a shading system to avoid excessive energy consumption, and the sky garden concept can be combined to make the entire high rise more green. 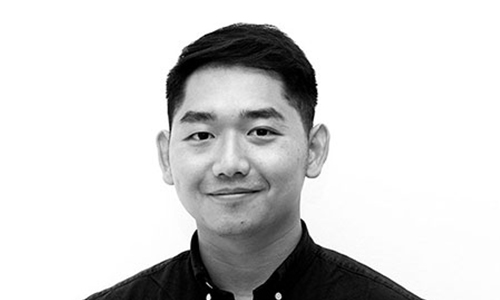